Mr.Barton's AP World History
In ancient China around 4000 to 10000 years ago, the average citizen typically walked as a way of transportation or rode on a horse. Few people had a chariot or wagon pulled by oxen. The soldiers of ancient Chinese military didn't have many means of transportation either, generally what they had were their feet, horses, and chariots. 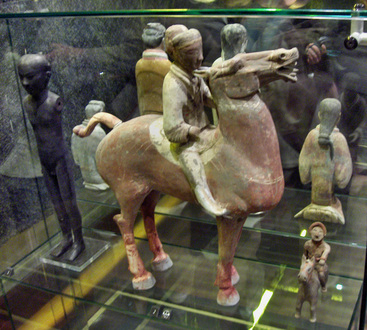 The chariot was a light vehicle, usually on two wheels, pulled by one or sometimes more horses. Usually the chariots would carry two standing people, one driver and one soldier, who would use bows or javelins. The chariot was the ultimate military weapon in Eurasia from 1700 BCE to 600 BCE. The chariot, however, was also used for hunting and sporting competitions such as the Olympic Games.