At the first part of this millennium, most of China was united under the Han dynasty. However, that ended in the 3rd century CE. After the collapse of the Han dynasty, there were centuries of internal fighting with the northern nomads.

In Japan and Korea, the rice-growing trade was becoming prominent. Iron had also taken a strong hold.

The foundations of Confucianism and religion in much of China for the centuries to come were laid in the early centuries of this period. In the later half, Buddhism started to arrive from Central and South Asia.

Confucian values like ancestor veneration and filial piety were instilled during the Han dynasty. Women had a prominent role in the household. Chinese culture was strongly affecting Korea and Japan. For example, since Buddhism first arrived in China, it began to spread into Korea and Japan. China also implemented a population limiting policy, which was very successful (as opposed to India's).

Around this time, the water mill, ox-drawn plow, and horse collar were created. Writing became more prominent than before due to the introduction and rise of calligraphy in China.

Calligraphy and paintings were prominent, and Buddhist imagery entered the scene. 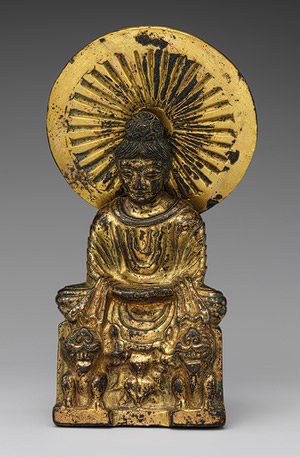 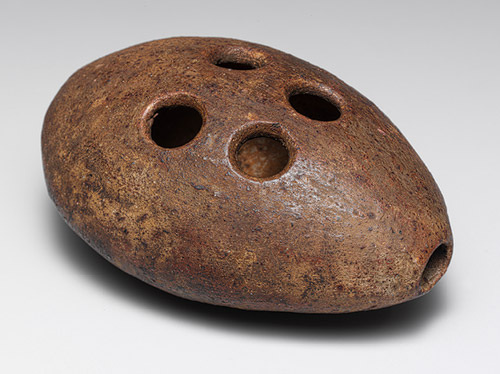 The Han dynasty has brought together China, and the Huns in the north are beginning to come together. However, the Han Dynasty's collapse in about 220 CE caused China's political structure to collapse, and it was no longer united. The following images show China's progression from 500 BCE to 500 CE. 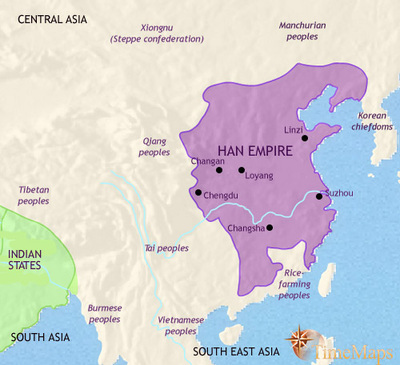 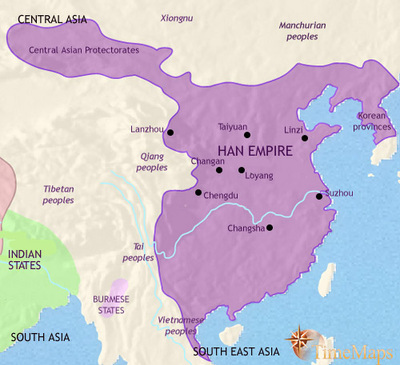 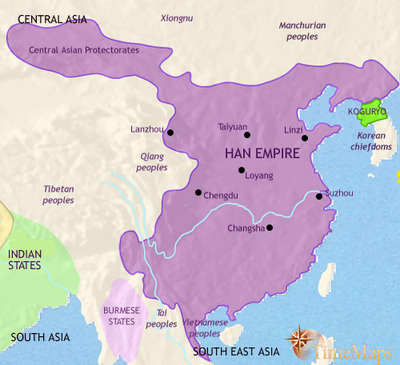 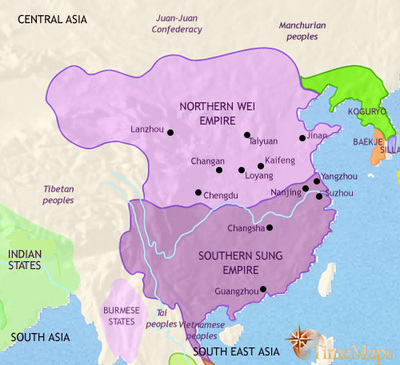