The trend of deforestation started in Greece and spread to Palestine to Turkey to Spain. Roman agricultural economy depended greatly on the process of deforestation. Unfortunately their society had no conservation techniques. Deforestation was a major factor in the fall of Rome’s Empire. 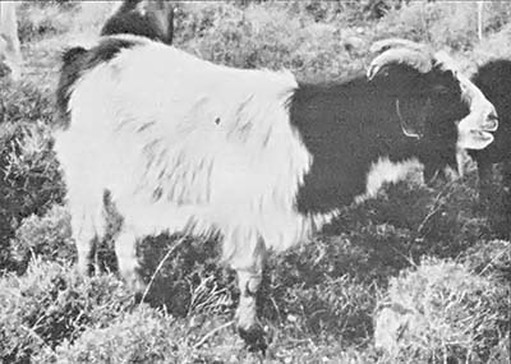 The Mediterranean Basin, once a rich end self-sustaining region, has steadily deteriorated since the time of the Greeks and Romans.
Another civilization affected by deforestation is the Peruvian Nazca civilization. Until recently the collapse of this civilization was believed to be caused by El Nino, but it is now believed to be caused by deforestation. After scientists discovered the huarango tree and how the Nazca people used it for food, timber, and fuel; it was obvious that the real cause of the civilizations’ fall was deforestation and that the El Nino floods were actually beneficial for irrigation. 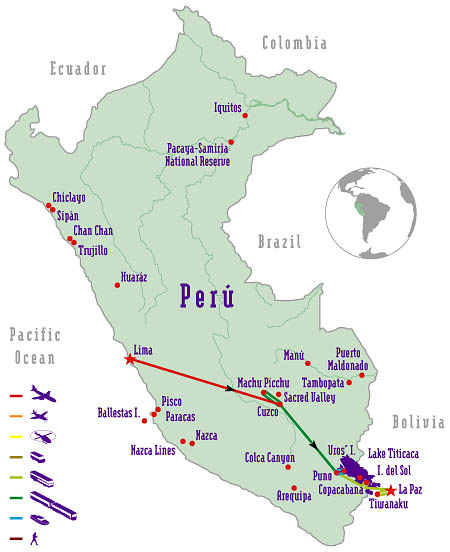 A map of Peru's ancient civilizations, including Nazca.
The Mayans’ declined may also have been fault of deforestation. Mayas had a drought issue and made the issue worse by cutting down the jungle canopy for crops and cities. Deforestation played a factor in the drought, which led to the downfall of the Mayan Empire 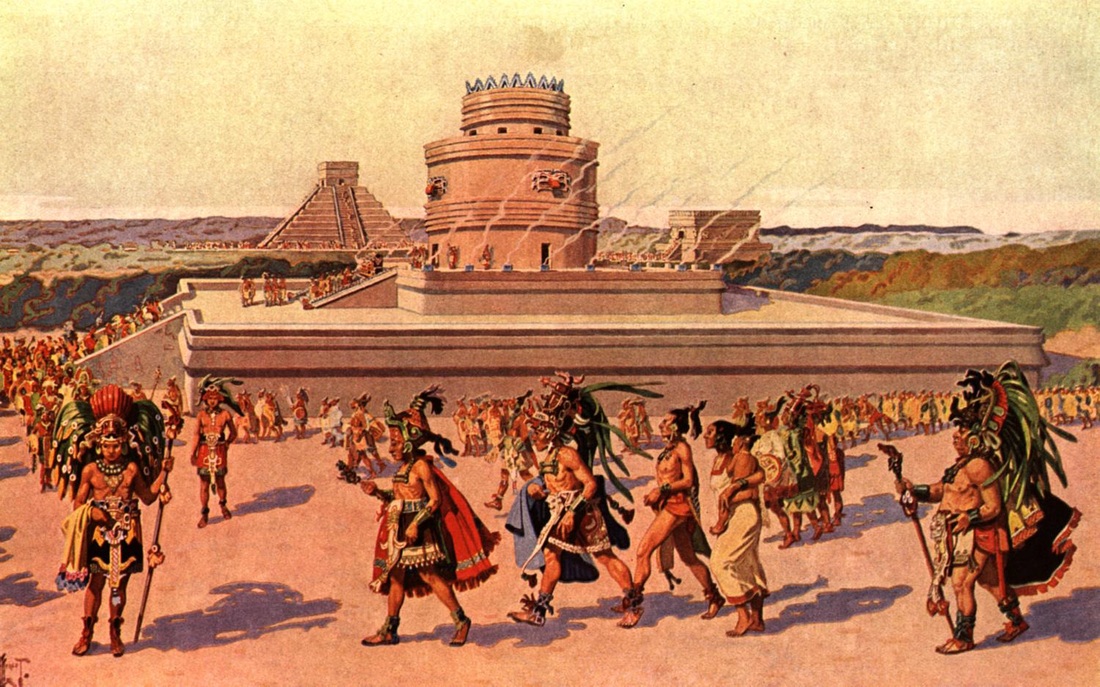 Ancient Africa underwent extreme desertification, where its humid subtropical landscape changed to desert in a matter of years. Many tropical animals has existed in North Africa before desertification occurred. The causes of desertification are caused by the Earth’s axial tilt 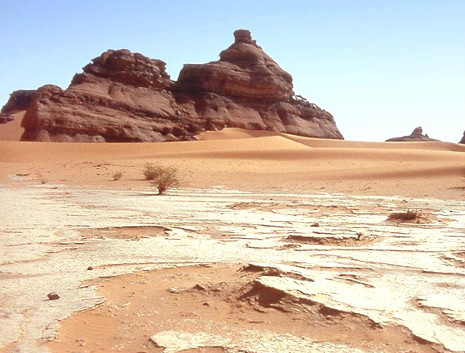 Algerian Desert
An ancient Chinese city Yinpan which has been a major city for merchants and traders because it was a stop on the Silk Road.  It welcomed many travelers from across Asia. Desertification caused this major city to lose it population and travelers leading to its decline. 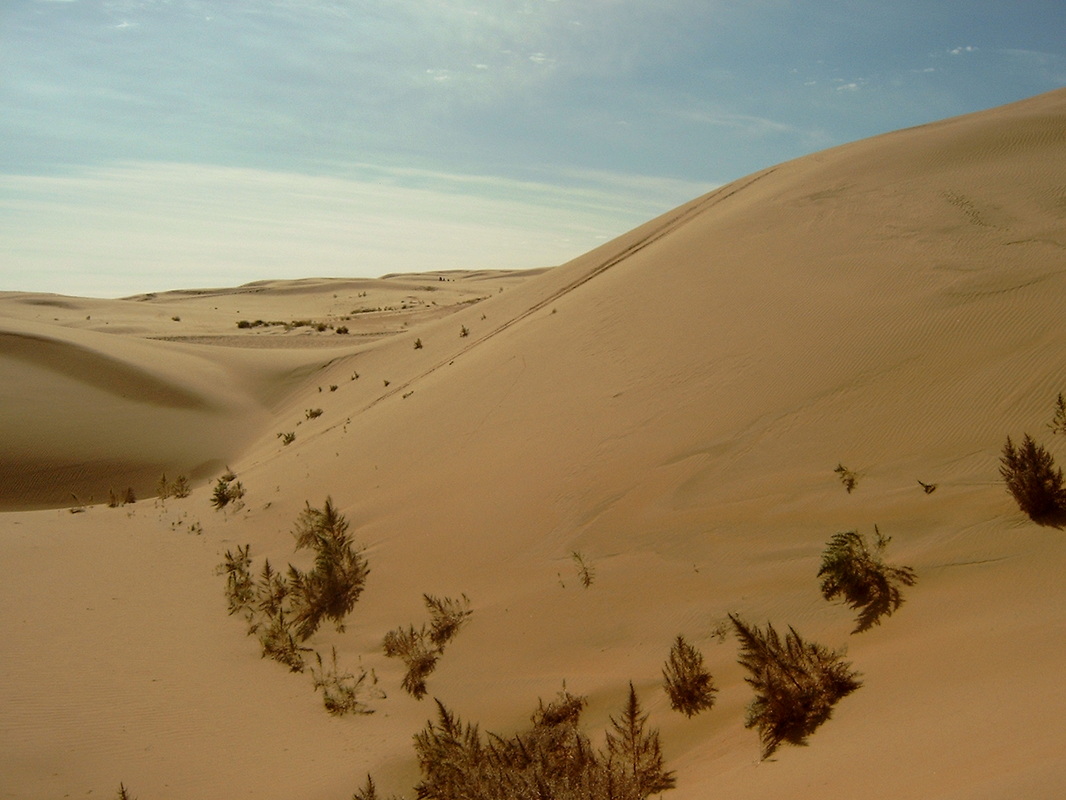 Ancient Greece faced soil erosion. Ancient Greek farmers cleared their land for crops and animals, the soil there eventually eroded away. When this happened, the farmers abandoned the land. Soil Erosion was a huge environmental issue for Classical Greece, which turned into a largely barren land. 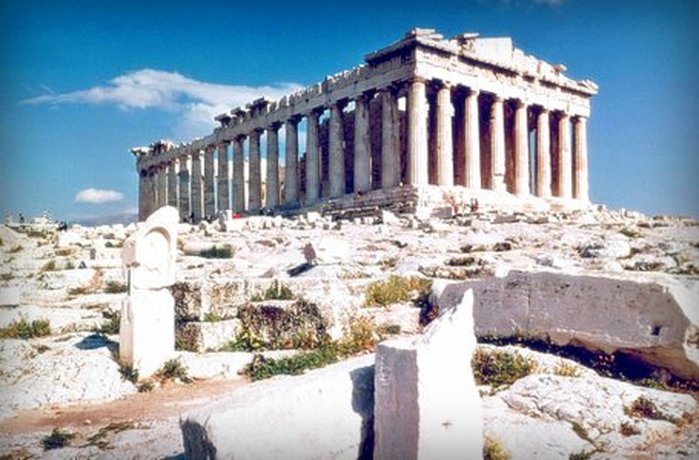 The ancient city of Ephesus was once a thriving port city of Turkey but its rivers silted from the deposits carried by the Cayster River caused the city to move seaward.  Because of the silted rivers, trade ships preferred Smyrna, a different port city, so Ephesus was abandoned.