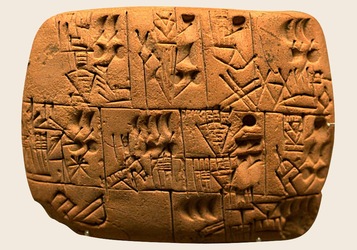 This tablet explains ancient beer rations.
Cuneiform is a written language of wedge shaped symbols developed by the Sumerians in 5000. Before cuneiform, Sumerians used pictographs. Pictographs were very useful, but they were not practical. Sumerians left information in ancient records that they wrote in stone and clay.
The Sumerians recorded different kinds of household items, court activity, sales and purchases, and names of people who had power. The Sumerians also recorded The Epic of Gilgamesh. Even after the Sumerian civilization started to fall, other civilizations continued to use cuneiform as their form of record keeping.

This is the Cyrus Cylinder. It tells about the fall of Babylon in 539 B.C. 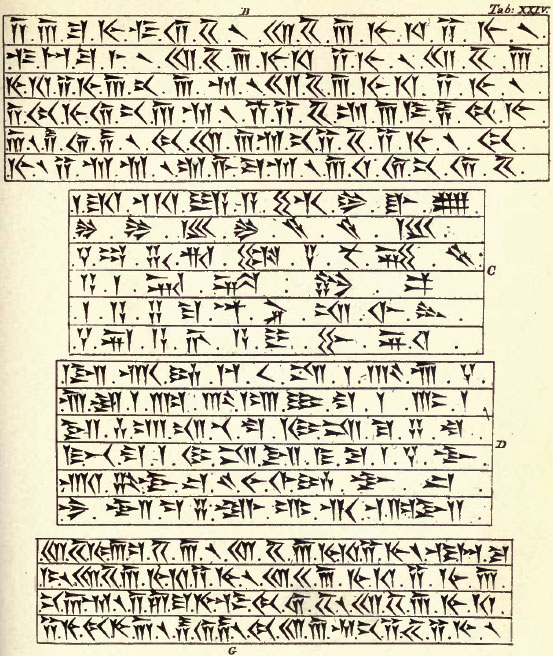