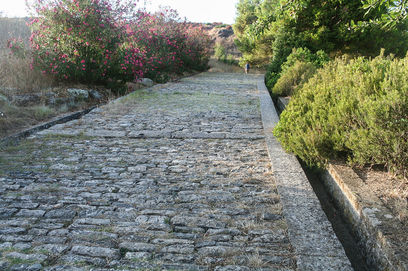 The Porta Rosa
The Porta Rosa was the main road of what is now Italy. It is 5 meters wide. It is paved with limestone blocks, girders cut into square blocks, and a rain gutter on one side.

The oldest known paved road was laid in Egypt around 2400 BCE.

The Middle-Eastern city of Ur has stone-paved streets dating back to 4000 BCE.

Glastenbury, England has log roads that date back to 4000 BCE.

The Somerset Levels, England have the Sweet Track causeway, built between 3806 and 3807 BCE. (The oak planks used to create the road enabled precise dating.) Until 2009, it was thought that this was the oldest road in the world. 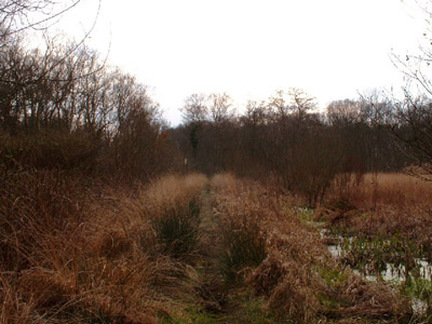