During the course of the Qin and Han periods, the Chinese state bureaucracy stretched its powers considerably. By the end of the Han dynasty, China had approximately 130,000 bureaucrats all trained by the government to fulfill the emperor’s rules. Tax collections and yearly required labor services guaranteed that the central government held an amount of power over almost every person in the Middle Kingdom. Candidates could receive the jinshi (chin-shih), and other degrees, due to the success in an assignment to particular offices. The title “jinshi” was referred to as "presented" or "advanced".  The jinshi was the degree bestowed onto scholars who had successfully completed the imperial civil service inspection. More high level of degrees was expected to lead to a more superior ranking post in the imperial government facilities. 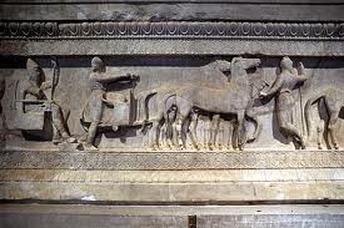 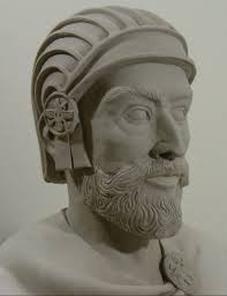 The Achaemenid Empire had been conquered under the control of the Persian ruler, so it was from the Great King that definitive authority originated.

The center of power in Persia consisted of royal authority, the ultimate foundation of law, foreign policy affairs, imperial majesty and publicity, and the kingdom’s military strength. The Great Persian King and his court had the vital and superior authority over the government’s mechanism of state, and were the ultimate indicators of the empire’s power.  Royal authority had increased its power by providing a complete role for the aristocracy. They had accomplished this extent of power by incorporating them in specific civil and military duties which were carried out through individual connections to the Great King.

The Persian (or Achaemenid) Empire was divided into smaller divisions known as satrapies. These satrapies were administered by a satrap who held direct responsibility to the Great King and acted as the King’s private representative. The satraps were selected only with the consent of the King. The satrap’s responsibility was one of extensive civil powers for his specific territory, and would send constant economic acknowledgment to the Great King. The royal authority would shoulder the weight of the military responsibilities.

The Great King would send officials who would inspect and monitor the manner and effectiveness of the satraps. The King had used these tactics in order to make certain of an effective and liable bureaucratic mechanism. The Empire had depend on a broad government organization, bureaucracy, and interactions of authority in order to endure itself.


Rome
The control of an empire of this size rested on a tightly organized system of administration, a sturdy and disciplined army, and outstanding infrastructures. As a means of accomplishing the greatest potential of administration in their state, the Romans had divided their Empire into smaller administrative regions called provinces.

Provinces of the empire were controlled by Roman governors who were selected by the emperor. Levies were charged and valuable merchandises such as grain, minerals, and slaves supplemented Rome and funded its army.

The creation of the Roman Empire started under the Roman Republic, but was shaped generally by the primary Roman emperors. By the close of the 1st century AD, the Roman Empire was by this time the most supreme empire of the ancient world. The alteration of the country into a Roman province in 148 BC was a resolution, did not produce many changes. During the time of the Republic however, the power of the governor was more immense; and acted as the administrative, military and judicial potentate.

In the premature years of the Roman Empire, each province was granted with its own constitution. This constitution was arranged and lightly administered by the senate of Rome.  By the time of Augustus, a higher chain of command for the provinces had developed called the “public provinces”.  These provinces were administered by governors who were chosen by the Senate, with no accountability for the facility of troops. The remainder of provinces were called “imperial provinces”, which were governed by “appointees” of the emperor. In the more peaceful imperial provinces, the governor had to have been a former judge. While the more stronger “garrisoned” provinces were governed by governors drawn from the titles of former representatives.  With the help of a “procurator”, who was in charge of financial matters, the governor was accountable for the administration of the province’s daily matters being established by sequences of resident and town assemblies. The local constitution would take care of the position of unrestricted towns and ports inside the province, along with other responsibilities.

As time advanced, great kingdoms started to develop and by the 6th century BC there were exactly 16 Kingdoms (or Mahajanapadas).

During the period of “Mauryan”, both civil and military officials were present. These officials sustained the population records, income records, and records of the government expenses.

In India, administration structure was remarkably decent in spite of the fact that the empire was huge, during the Gupta Empire. In the Gupta administration, the governors of the provinces were more self-governing. Unlike the government of the Mauryans, whose administration was exceedingly unified.

There were numerous small republics in South Asia. These small republics had some features of democracy in their government. The king (or raja) was the ultimate crown of the legislative, executive and judiciary branches. He was aided in administration by several officials.  Members apart of the “council of minister” were allowed to give advice to the king. However, the  ultimate decisions were made by the king. The priests and other officials were directly selected by the king himself.

The king had several regal agents and the spies. These spies would contact the king, and would constantly report to the king about the several expansions and developments in his kingdom. The empire was separated into numerous provinces. Each of these provinces were governed by a governor and a “council of ministers”. In the provinces there were native administrators called  “rajukas”. During the reign  of Ashoka, these “rajuks” became both valuable and powerful.  There were a number of divisions whose responsibility it was to decide certain vital difficulties of administration. A standing army was also present, which was controlled by certain boards. 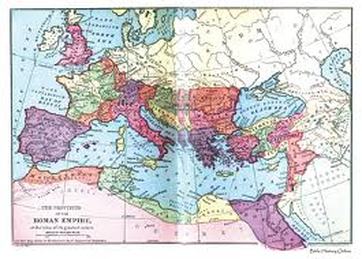