Methods to Produce Food and Reward Elites for Their Loyalty
By: Lauren Mlouhi 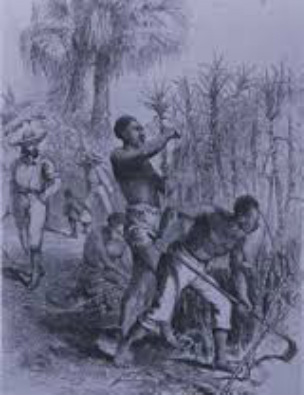 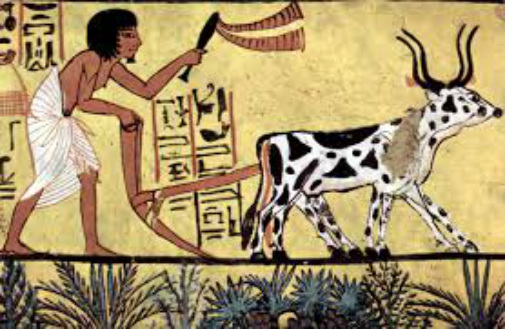 Imperial societies depend on a variety of systems such as Corvee, Slavery, Rents and tributes, Peasant communities, and Family/household production to preserve the production of food and to reward elites for their loyalty.

Plentiful food supplies allowed small portion of the population to concentrate on other needs. In order for an agricultural society to flourish, farmers had to modify the organic state of a landscape by clearing terrain, refashioning it artificially, and had to maintain it. The skill to produce and stock excess food upraised the likelihood of interactions with both neighboring and more distant cultures.

On the farms, slaves would make the food and other supplies on which the cities depended on. The most common and important crops produced by slaves were wheat, olives, vines and grapes.

In Egypt grain was put in storage and could be distributed in times of food shortage. Corvée workers were fed from these storage stores during the months when work in the fields was unmanageable.

In peasant life, boiling or stewing was made possible by small pots which were positioned near the fire. Basic peasant dishes included pottage which would be made from made from grains, beans, or lentils. Beer ale, onions and bread were bought from a market in the local village street.

Due to an interested government in the issuing and control of the currency, political memorandums and imperial marketing announcements of victory and acknowledgements of loyalty were incorporated in several issues.  Elites were commonly rewarded by this method.

All chairs of elite power were reinforced by the labor of the majority of the population. Some labor could be used as a cause to fortune and power by using the corvee system.

Corvee industry was used to construct and preserve temples, causeways, canals, and  royal palaces. Household or communities could be taxed by making them give a share of their production to the ruler as tribute. The state developed a variety of goods, including stone tools, textiles, and pottery that was created by its subjects. The ruler could then use this tribute for his own benefits. Benefits included the ability to reward elite administrators for their loyalty. 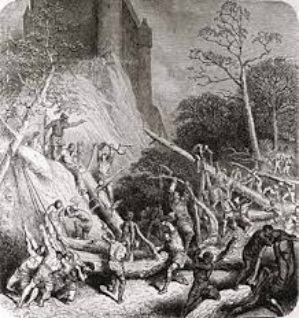