Han China and the Xiongnu

The Xinjiang region in northwest China was ruled by the Xiongnu. These were powerful nomads with problems with the Chinese. An envoy was sent to them in the 2nd century BC from the Han dynasty. This caused conflict over a period of many decades. Raids by the Xiongnu also cause Qin Shi Huangdi to unite all of the fortifications into the Great Wall.

The Han dynasty declared war on the Xiongnu, partially to establish and stabilize new Silk Road trading routes. The Han emperor Wudi led the initial attacks against the Xiongnu. After the Battle of Ikh Bayan in 89 CE, the southeastern Xiongnu were absorbed and the northwestern were pushed out of China. It is believed by some that the northwestern Xiongnu eventually became the Huns.
"The Xiongnu 350 B.C.E.-460 C.E." Empires, Barbarians, & Barbarian Empires. N.p., n.d. Web. 07 Feb. 2014.

Gupta and the White Huns 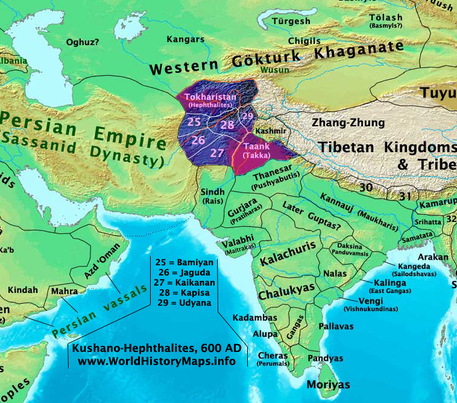 After the death of Skandagupta in 470, the White Huns entered India through the Kabul valley. There was an extremely successful conquest along the Ganges River, and they eventually got to the capital. Pataliputra was essentially destroyed and the Gupta empire was over. After conquering India, the White Huns (or Hephthalites) pushed westward into the Middle East.

Romans and their neighbors 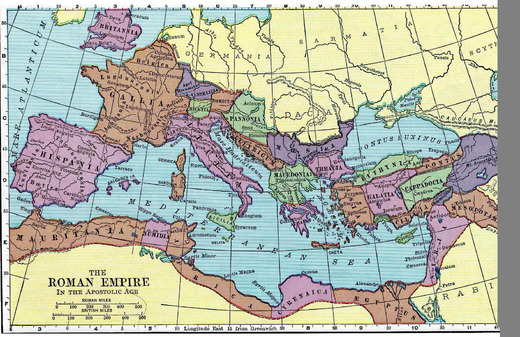 Rome's biggest problem in this time period was the Persians, with whom they frequently battled. The long rivalry began around the 1st century BC. Rome initially battled with the Parthian empire and lost, beginning the Roman-Parthian Wars. These battles continued into the Sassanid Empire, and contributed largely to its fall. The Roman Empire was also weakened.
Powered by